The Port of Cotonou

Le Port Autonome de Cotonou (PAC) is a public organization of an industrial and commercial nature with a capital of 250 billion FCFA, a civil status and financial autonomy. Created on December 31, 1964 by Law No. 64-39 amended by Ordinance No. 76-55 of October 12, 1976, it was inaugurated on August 1, 1965 by the docking of its very first ship, the "Marechal FOCH", after giving way to the wharf of Wxlacodji, a metal bridge of 400m advanced on the sea built in 1891 and operated for several years.
Port Autonome de Cotonou is the port authority in charge of maintaining and operating the facilities of the Port of Cotonou, managing the port domain and carrying out the improvement and extension works of the said port.

Designated as the lung of Benin's economy, for its function as an engine for the development of the national economy, it benefits from an optimal geostrategic position that allows it to play an important role in the subregional economy, particularly in the hinterland countries and Nigeria, for which it constitutes a natural outlet.

For more than half a century, the Port of Cotonou has accompanied the development of import-export in the sub-region and is a reference. These experiences accumulated over the years allow it today to be an eco-citizen platform certified ISO 14001 version 2015 and ISO 9001 Quality Management, which has quality logistics and services that have earned it the rank of first (1st) transit port in the sub-region.

In its evolution and to boost its profitability in order to ensure its technological and infrastructural mutation, the Autonomous Port of Cotonou, obtains a partnership in 2018, with the Port of Antwerp International (PAI), a subsidiary of the Antwerp Port of Belgium, 2nd European Port. This new collaboration will focus on modernization, repositioning and transfer of skills.

By 2025, the Port of Cotonou will have new infrastructure and state-of-the-art equipment thanks to the implementation of an ambitious master plan financed to the tune of more than 450 billion FCFA.
The Port Autonome de Cotonou thus aims to make the Port of Cotonou a modern, secure logistics platform offering quality services.
The Port Autonome de Cotonou currently employs more than 700 people from more than .... Trades. It is an intergenerational team of men and women, experts in the port, maritime and logistics sectors, but also with different, sometimes atypical backgrounds and a diversity of professions and profiles. Most of them come from the telecom sector, both from the private and public sectors, and have up to 20 years of significant experience. 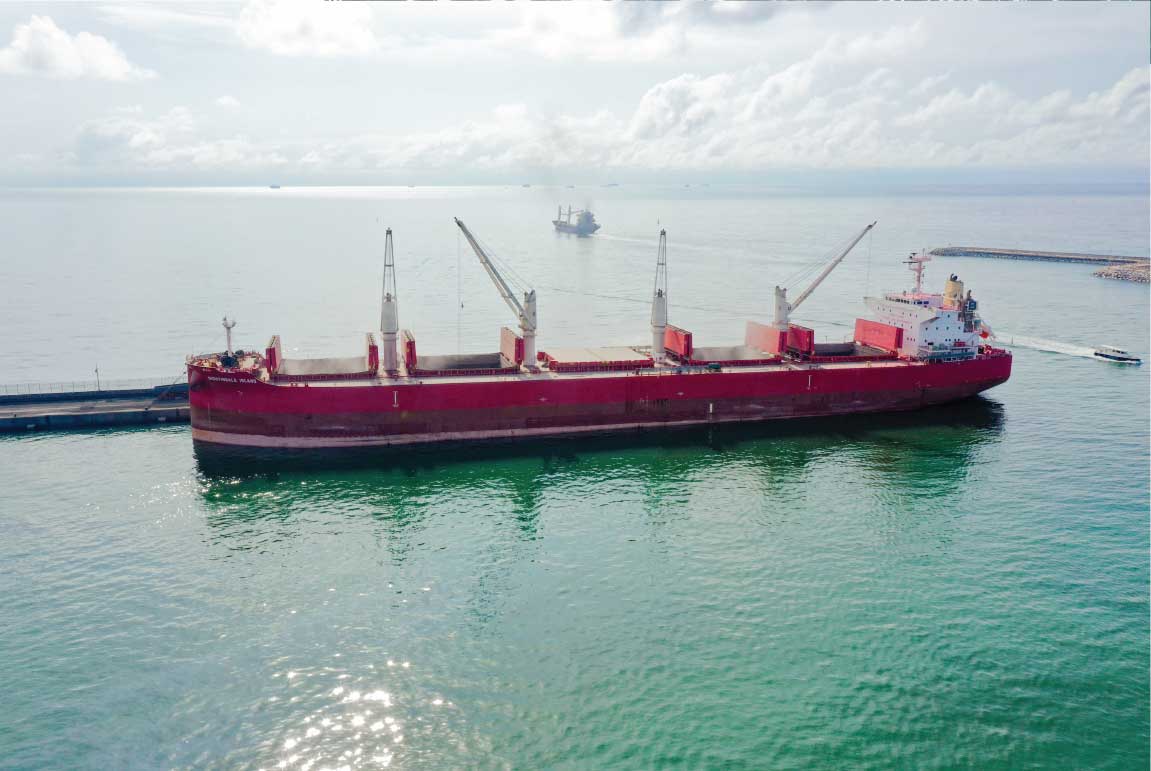 Frequently Asked Questions
About us
Careers
The port on the move